Featuring two shooting studios, a gallery, workshop and guest apartment, this  modern photography studio is completely off-grid and self-sufficient. A variety of window openings play with light in a functional way; on the west, windows are small and square, high on the wall so the harsh western light at the end of the day is controlled. The pattern of light moves across the east end of the studio with the seasons; on the south, large, low windows allow passive solar heating while a light shelf below the high windows bounces light onto the ceiling and deeper into the space; A curved, two story wall of glass on the east faces the Sangre de Cristo mountains.

Built with super-insulated concrete forms made from recycled styrofoam, it collects rainwater for domestic use and is powered by a photovoltaic system. Interior adobe walls store heat admitted by southern facing glass. 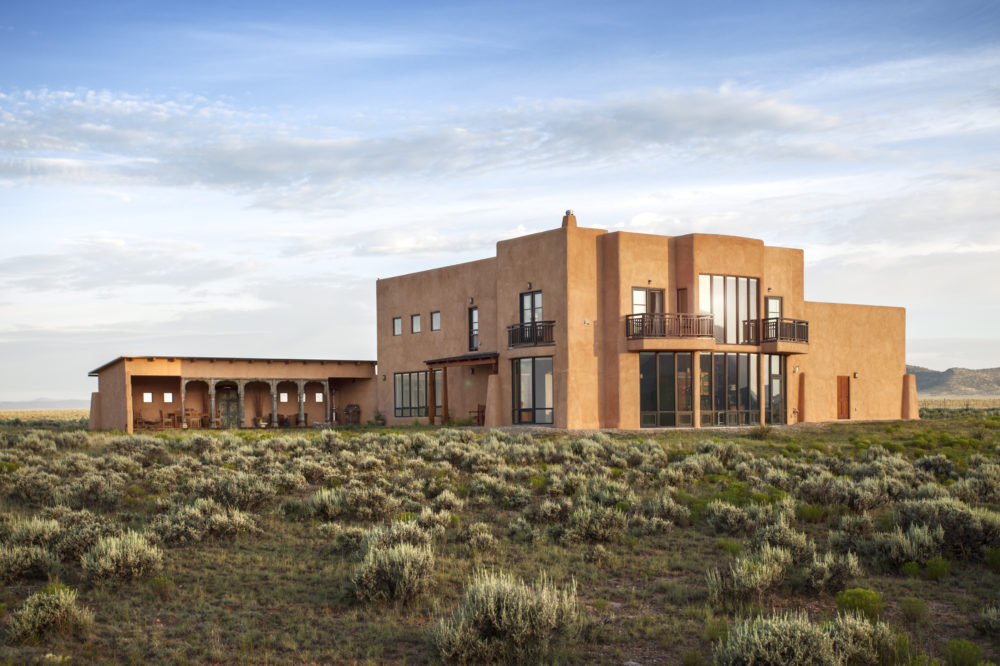